Get To Grips With Game! 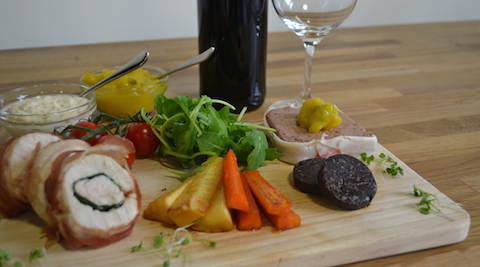 September sees the start of the game season in earnest, so expect to see it cropping up on menus around the capital very soon. But what is game and how should you cook it? We’ve got the the answers...

Fed up of eating chicken and beef? Then perhaps it’s time for you to get in to game. Cooked properly, game can be a delicious menu choice and something that little bit out of the ordinary. Plus, it’s lean, low in fat, fresh and seasonal. In short, game is foodie heaven.

If you’re wondering what game is, it refers to wild animals that are hunted and then eaten. Game season opens in August for grouse and common snipe, September for partridge, duck, goose and moorhen, and October for pheasant and woodcock. Other typical menu items include venison, guinea fowl, rabbit and deer.

We love game here at Jenius Social, so much so that we’re launching a game cookery course - Game On! - where you can learn how to make fantastic game terrine with homemade piccalilli, mixing together the likes of duck, hare and guinea fowl. You’ll also crack how to create twice-cooked ale-marinated guinea fowl stuffed with game liver, spiced with sage, paprika and turmeric and served with honey & mustard root vegetables. Game-tastic!

Are you a fan of game?

I’m a huge fan of game and will always choose it on a menu over mainstream meats. If you have the option to try ostrich, venison, guinea fowl or similar, why not try it? It’s fresh, wild and organic after all.

What’s your favourite type of game and how do you like to cook it?

I love hare rolled in mustard, cooked sous-vide (poached in an airtight plastic bag). I cook it at a low temperature for hours and it develops a lovely flaky, soft texture. I serve it with a simple gravy and mustard & celeriac mash. Delicious!

What’s the best game dish you’ve ever eaten at a restaurant?

I once had fantastic boar at Aubaine restaurant in Kensington, a traditional French brasserie. It was a seasonal special, triple-cooked and served with spicy cabbage.

Traditionally, game was put into pies. Have you ever made one?

Of course! I used to work in a pub chain and it was a favourite there. I made a game pie with pheasant, guinea fowl and duck, and served it was an ale gravy.

You’re doing a game terrine on the Your Best Christmas Ever course too. What are you using in that?

I’m using pheasant, guinea fowl and duck, all flamed in brandy. The game is mixed with pork mince and pancetta too, so the game flavour is subtle, but still delicious.

People are often scared of cooking with game because they don’t know what to do with it. What are your top tips?

Game is tricky to cook. If you overdo it, it’ll be stiff; if you undercook it, the flavours will be too strong. To have successful game you have to marinate it first. Then cook it slowly, at normal temperature, and keep an eye on it. Game needs to be loved and cared for.

To get to grips with game preparation and cooking, sign up to our Game On course today! The Your Best Christmas Ever course also includes making a game terrine, on top of creating a fantastic festive feast.

Check out our Game Courses!